Lying in secluded privacy in its own valley, Stourhead is the best example of a garden inspired by the great landscape painters of the seventeenth century. A magnificent lake is central to the design at Stourhead, with the edge being adorned with classical temples, enchanting grottos and rare and exotic trees. The garden was made by a wealthy English banker, Henry Hoare II, who had been buying works of art in Italy at the time he inherited the Stourhead estate. The Temple of Flora at Stourhead was made in 1745 and the grotto in 1748 but the key date was 1754, when the lake and the Pantheon were made. It is based on the Pantheon in Rome and the planned walk through the estate is based on the journey of Rome's legendry founder, Aeneas. The five-arched bridge was made in 1762 and the Temple of Apollo in 1765. Gothic features like Alfred's Tower, a Rustic Cottage and a Hermitage were added later in the century. 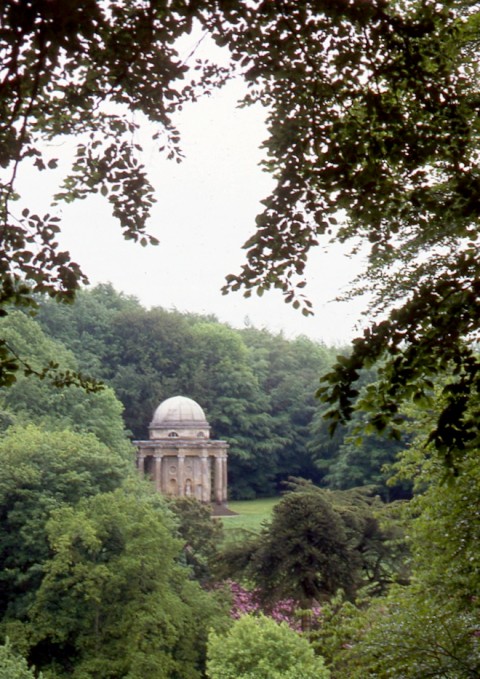 The Stourhead woods were underplanted with Rhododendron ponticum after 1791 and with more exotic species in the twentieth century.

The House is a majestic Palladian mansion housing a unique Regency library with fabulous collections of Chippendale furniture and paintings, all set amid delightful lawns and parkland.

Stourhead House and Gardens and half the estate were given to the National Trust in 1946 by Sir Henry and Lady Hoare. Their only son had been killed in 1917 and they wanted to ensure the survival of the estate. The remaining half of the estate was left to a cousin whose descendants still live here.

Flora Garden Tours visit this garden on the Wiltshire and Somerset tour.